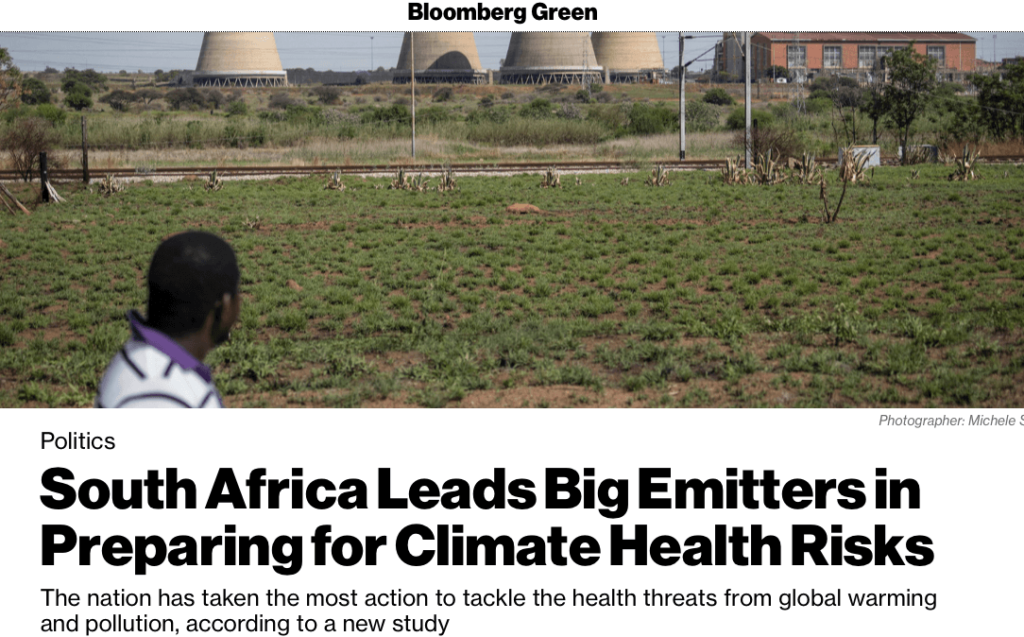 The world’s 14th-largest carbon emitter scored highest in terms of recognizing the dangers of heat and air pollution, the Global Climate and Health Alliance said in a report on Tuesday. The study ranked 120 countries on how much they accounted for health impacts in their latest climate commitments under the Paris Agreement, also known as Nationally Determined Contributions (NDCs). Countries have been under pressure to update their goals ahead of a United Nations conference in Glasgow that starts at the end of the month.

“South Africa’s high score shows that high emitting countries can and must integrate health into their climate commitments,” said Jeni Miller, executive director of the Global Climate and Health Alliance. “G-20 countries must raise their collective ambition and lay the foundation for productive negotiations in Glasgow,” she said, referring to the Group of 20, which account for 80% of the world’s greenhouse gas emissions.