Coal, challenges and collaboration at COP24

Conference of the Parties (COP) is the annual meeting held between participants in the United Nations Framework Convention on Climate Change (UNFCCC) and the 24th meeting took place in Katowice, Poland. COP24 in December 2018 brought together tens of thousands of people including negotiators, activists, researchers, policy analysts and celebrities to Katowice Poland to finalise implementation guidelines. Arguably, COP24 was the most important coming together of world leaders since the 195 signatories agreed on to the landmark Paris Agreement in 2015.

This was my first time attending a COP and I decided to go in knowing that I have much to learn about how climate negotiations work. I also wanted to know how and if health was going to be included in the agenda and having been a keen advocate for climate and health issues, I was very excited to be in Katowice to see how it would all unfold. After being in Katowice as an observer over the course of 14 days, I came away with three main points from COP: inclusive leadership has never been more important, at the end of the day what people really care about is their health and their jobs and finally the only way forward is to be persistently and stubbornly positive.

Health was spoken about in relation to climate change in many circles and discussions at COP24 and the last few months of 2018 brought a lot of new reports and evidence to the table. WHO launched their COP24 Special Report on Climate and Health in Katowice and the IPCC 1.5 special report highlighted and made mention of the impact on human health multiple times throughout the report. The Lancet Countdown also released its 2018 report which uses 41 indicators across five key domains in health and climate change. The Global Climate and Health Summit, hosted by WHO, GCHA, the European Committee of the Regions, and the Pro Silesia Association was held at the half way point of COP24 and provided expert opinions on climate and health topics.

Despite the growing awareness of how climate change will severely affect human health and the health sector at large, there seemed to be a slight disconnect in Katowice, which at times was referred to as the heart of coal country. Though in December 2018 the world celebrated the 70th anniversary of the Universal Declaration of Human Rights; the right to health was not fully acknowledged at COP24. The air quality index was uncomfortably high in Silesia and though new figures from the WHO highlighted that 7 million people die worldwide from air pollution, the link between fossil fuels and health was not acknowledged.

The need for inclusive leadership has never been more important in developing solutions to tackle climate change. Sectors cannot work independently, and we will all have to rely on each other when aiming to achieve sustainable outcomes.

Health and jobs – that’s it, really.

GCHA coordinated and held daily meetings at COP24 for health sector folk on how we could engage in conversations with others at COP24. We developed a briefing document for UNFCCC negotiators on how to include health in the climate regime [include link] and I myself thought a lot about how to engage others in the conversation on health and climate issues. Health professionals and the sector at large will bear the brunt and be at the front line of the climate crisis – it is integral that we are a part of the conversation.

One of the main issues raised was how coal, oil and gas industries provide jobs and are the main source of income for so many people around the world and how to reduce carbon emissions. Health was altogether avoided in these discussions. These conversations are incredibly important for health professionals to engage in and ask the question: why and for whom do you work? We work so our families and ourselves can live a full, long, stable and happy life. This is a critical aspect in what is referred to as the social determinants of health and when ambitious mitigation targets are avoided because of economic reasons, the economic benefits of improved health will also be missed.

Health should not just enter the conversation when talking about adaptation but also be included in mitigation strategies as there are many economic and health co-benefits that can be gained.

There is such a thing as climate fatigue and it was starting to slowly be felt towards the end of COP24. I had listened to leaders from small island nations illustrating how climate change had affected the people and to young student activists who were already seeing the effects of climate change in their communities and feeling so much fear.

On one of the last days there, I happen to be sitting next to a group of negotiators who looked a little tired and I asked them if this was their first COP; one of them said it was his second and the other said this was his 15th time. I jokingly asked why he keeps coming back – he said that you only get tired when you look at the losses but when you see the wins and see how much can be gained when you push for renewables, clean energy and listen to evidence based research, it keeps you going.

We have achieved so much within the global health sector in 2018 in our fight for climate action. It is more crucial than ever to come together strategically and keep pushing forward for inclusion of health in climate action so the public health wins and gains from the last century will not be reversed but instead can be built upon. 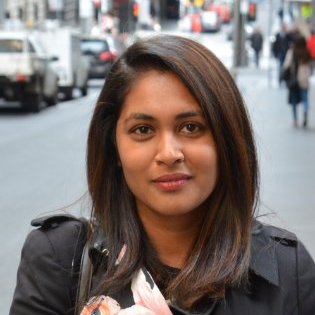 Rashmi Venkatraman is a public health professional, with experience working in primary health care, international public health and not for profit sectors. She has a Bachelors of BioMedical Sciences and a Masters in International Public Health. In 2017, she was selected for Homeward Bound, an Antarctic Expedition which brought together female leaders in STEMM. Ms. Venkatraman represented Australia’s Climate and Health Alliance (CAHA) at COP24.