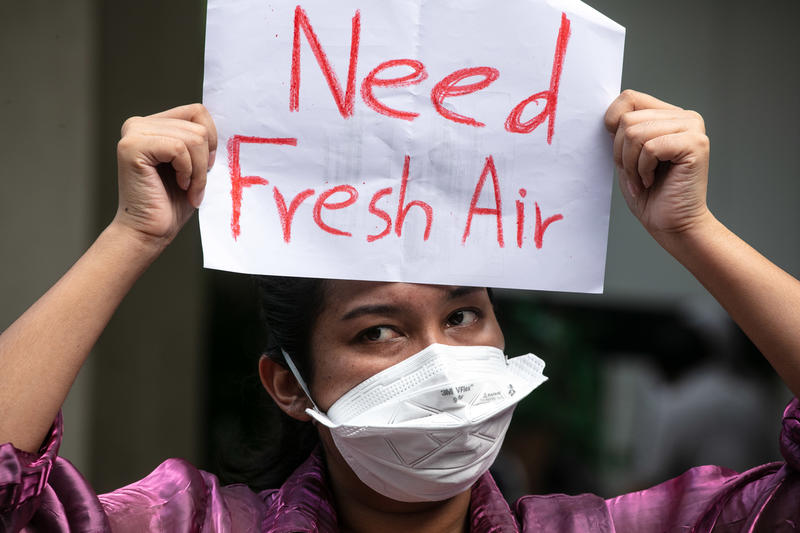 I write these words in time of yet another time of international disruption. Russia has invaded Ukraine, causing a horrific humanitarian crisis. Though the courage of the Ukrainian people in the face of the attack has been inspiring, the images and stories coming out of Ukraine are heart-wrenching. The invasion, the impacts, and the response, are also sending ripples of other effects around the world.

One of the factors in play internationally, as sanctions against Russia were put in place, has been our dependence on fossil fuel, leading to discussions about the myriad reasons for transitioning away from energy sources that harm our health, and the planet on which our health depends. As UN Secretary-General António Guterres has noted, “our reliance on fossil fuels makes the global economy & our energy security vulnerable …. Instead of slowing down decarbonization, now is the time to accelerate the transition to a renewable energy future.”

When the next international climate negotiations – COP27 – take place in Egypt this November, the world’s geopolitical landscape may have changed. But as the global health community, we will redouble our demands for the actions that our governments must take to ensure a planet that supports a healthy life for every human being.

Last year, 46 million health professionals spoke with one voice to say that the threats posed to people’s health from the impacts of climate change are real, and must be immediately acted upon. Our prescription for a more livable planet was rooted in scientific evidence, as well as in what we are witnessing in our own clinics and communities around the world. In the coming months, we must ensure that governments clearly understand and act upon the knowledge that people’s health is intertwined with our planet’s climate, and that health and equity must become an integral part of every country’s climate policies.

During the COP26 negotiations in Glasgow, the health community made great strides in raising the interconnections between health and climate change. Health professionals from around the world were at COP26, working to make our voices heard – and we delivered the urgent call for climate action from health workers worldwide in the form of the Healthy Climate Prescription letter – along with this video. However, as COP came to a close, national leaders fell far short of committing to actions that would truly arrest the warming of the planet.

The ambition of the Paris Agreement to limit the ultimate global temperature rise to 1.5C survived Glasgow, but in the real world, global activities have us on track for a 2.7C temperature rise before the end of this century, a trajectory that would prove catastrophic. The most recent consensus from the world’s climate scientists, reported in the IPCC Climate Change in 2022: Impacts, Adaptation, and Vulnerability, put it like this: “The scientific evidence is unequivocal: climate change is a threat to human well-being and the health of the planet. Any further delay in concerted global action will miss a brief and rapidly closing window to secure a liveable future”. The Paris Agreement is still alive – but as COP26 President Alok Sharma admitted, “its pulse is weak”.

While COP26 failed to deliver a clear ramping up of climate action to meet the urgency of our planet’s ticking climate clock, it did offer a step in the right direction, and this is something we must seize on and build on.

Glasgow was the first COP where fossil fuels were explicitly mentioned in an COP outcome document, documents that are agreed by consensus of all 197 participating countries. Since February 24th, our dependence on oil and gas has been exposed as never before, and is part of the national conversation in almost every country. Knowledge of the direct health impacts from fossil fuel pollution including the worldwide toll of air pollution and the impacts on health from climate change, both in the public and political sphere, has never been greater. 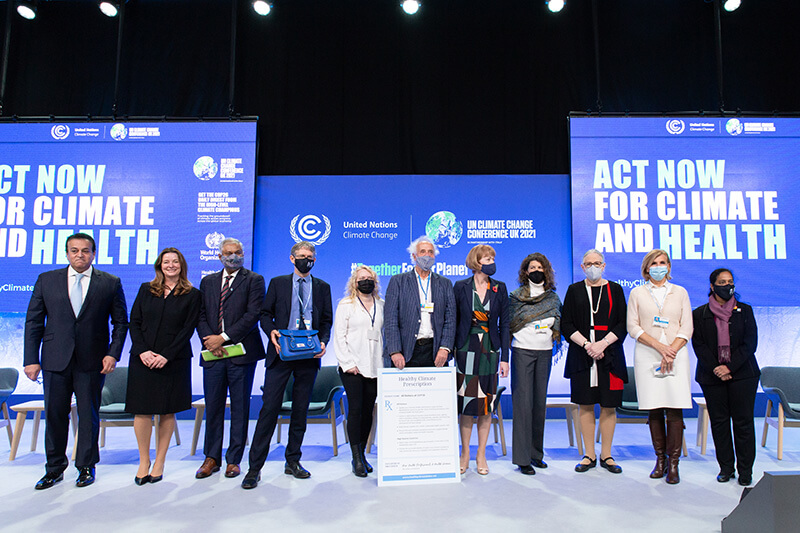 As trusted members of civil society, the health community plays an important part in persuading our political players to take the necessary steps to protect everyone’s health. What we know, but many national leaders and decision-makers still have yet to recognize, is that action on climate change to meet the targets of the Paris Agreement would not just reduce the threats to health from climate change itself, but would actually improve people’s health, saving millions of lives per year with cleaner air, access to healthier foods, and more livable cities that support clean transportation and more active lives. Investments to help health systems and communities become more resilient to climate change would also pay added dividends in individual health, as well as community well-being and the potential for people to thrive.

There is much to achieve ahead of this year’s COP27 in Sharm El-Sheikh. Egypt must take the lead on international climate discussions and diplomacy ahead of the UN climate talks themselves, representing people and an African continent that are among those most impacted by climate change. This includes driving home the message that climate justice is essential to health equity, and social equity is essential to climate progress.

In the months to come, the health community must – and will – continue to make our trusted voices heard. We can power a wave that will push our national leaders towards ambitious and accelerating action, to protect people’s health against the worst impacts of climate change – and dramatically slash climate warming fossil fuel emissions. We must make clear to our politicians that such actions are not mere political opportunities, they are a necessity. We need real cuts in greenhouse emissions if the promised health benefits are to be achieved.

The health community is more informed, more concerned, and more aligned than ever before around the vital urgency of addressing the climate crisis, hand in hand as we address other threats to people’s lives, to secure a healthier and safer future. We will keep speaking up until governments have the commitments and policies in place that meet the scale of the climate threat. Our patients and the communities we care for are counting on us.