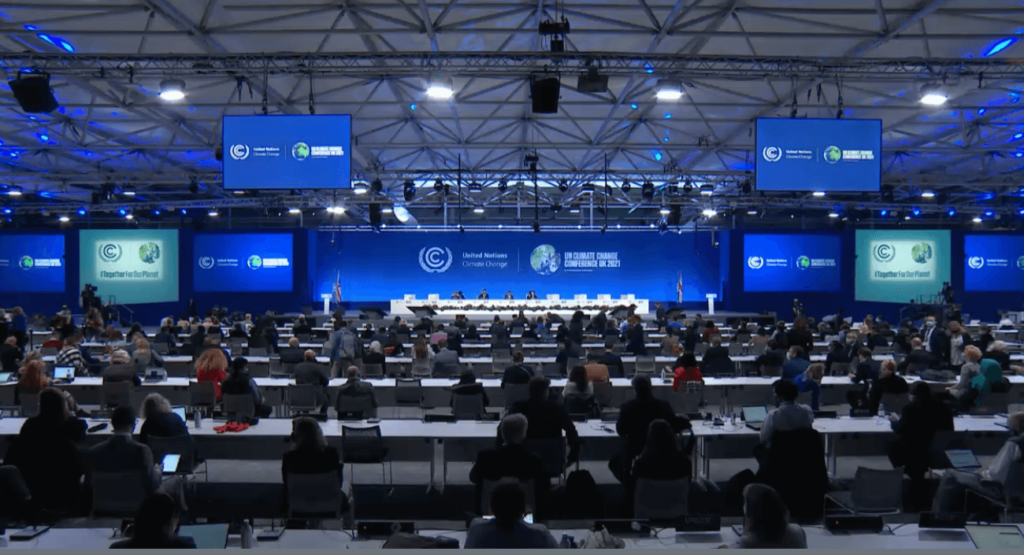 Glasgow, 12 November 2021:- With just hours to go at COP26, the Global Climate and Health Alliance slammed the absence of concrete plans to reduce emissions in line with 1.5C in the current outcomes text, and the watering down of commitments by governments to phase out coal and the ending of fossil fuel subsidies; and called for strong, clear action to ensure the protection of people’s health from the worst impacts of climate change.

During Friday’s COP26 plenary session where country representatives commented on this version of the outcomes text, the representative of Panama declared that “it is outrageous that the current text does not recognise the importance of international collaboration to understand and address the implications of climate change on global health”, while Bangladesh insisted that “our lives are not negotiable” (source: Informal stocktaking plenary by the President. Bangladesh 1:51, Panama 2:41).

“While the revised text includes robust language on reducing emissions in line with the 1.5C target of the Paris Agreement, it lacks any concrete actions to achieve them”, said Dr Jeni Miller, Executive Director of the Global Climate and Health Alliance. “This shocking omission is detrimental to the protection of people against the health impacts of climate change and from air pollution. COP26 must end not only with a clear commitment to ending emissions, but also a plan for follow through, otherwise lives and health will continue to be jeopardised.”

”Commitments to phase out coal and phase out fossil fuel subsidies, which were included in the first draft, have now been significantly watered down”, she continued. “Fossil fuels are killing us; we will neither achieve 1.5C nor turnaround the seven million deaths per year from air pollution if we keep burning coal, while pouring public funds into propping up the oil and gas industry. COP26’s final outcome texts must re-incorporate and further strengthen commitments and end dates for public financing of activities that have direct, negative impacts on human health”.

“Some negotiators are quibbling over how best to distribute and deliver the $100 billion per year that was promised and is past due, while others are demanding recognition of the true scale of funding required. Calls for a process to provide financing for losses and damage experienced from climate change should be heeded: as it stands, those who are most vulnerable are not only worst impacted but given no support for recovery.”

“With just hours of COP26 remaining, governments have the moral obligation to deliver what is actually needed for a healthy and equitable future: clear, ambitious, actionable commitments that will limit warming to 1.5C; and climate finance that redresses the outsized benefits wealthy countries have enjoyed from the high carbon economy and addresses the devastating impacts outsourced around the world”, concluded Miller.