Home / Interview: Health and Climate Change in the Proposal for a New Chilean Constitution

Interview: Health and Climate Change in the Proposal for a New Chilean Constitution

In the midst of the health and climate crises, Chile embarked on the journey to a new constitution. The will for a new social contract, to respond to social demands such as health and education, also had an important environmental impulse, manifested decisively in the “sacrifice zones”. The result of the “approval” vote in the 2020 referendum was close to 90% in these communities, where the health of the people has suffered for decades from the impacts of the concentration of polluting industries.

After a year of deliberations by the Constitutional Convention, the proposal for a new Constitution will be voted on in a new referendum in a few weeks. In its first article, the text establishes that Chile is an “ecological” state and recognizes as an intrinsic value the “indissoluble relationship” of human beings with nature. Among its principles and general provisions, the Andean concept of “good living” is promoted and the human right to a “healthy and ecologically balanced environment” is enshrined.

We spoke with Dr. Gaspar Domínguez, a rural doctor from Chilean Patagonia and a public health worker, who served as vice-president of the Constitutional Convention and brought the issue of the links between climate change and human health to the constitutional debate. 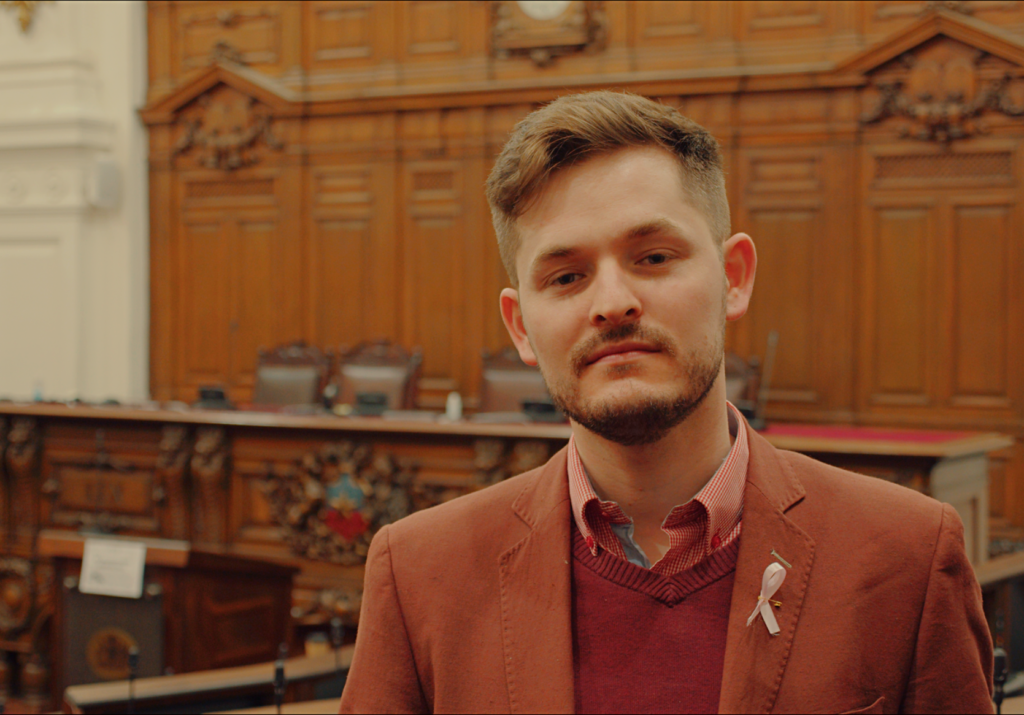 As a medical doctor and a public health professional, how do you think the Constitution protects the health of Chileans?

The link between climate change and people’s health is explicit in various parts of the constitutional text from at least two perspectives. Firstly, in the article that mentions the right to health where it is explicitly established that it is the duty of the state to mind and consider the impacts on health produced by all state actions, that is, public policies or other types of regulations, what is known internationally as “health in all policies”. Meanwhile, health is defined in the context of the social and environmental determinants of health. On the other hand, in the chapter on nature and the environment, the existence of a climate crisis is recognized. It is also established as a duty of the state, to undertake actions to mitigate the risks, vulnerabilities, and effects caused by the climate and ecological crisis. I believe that these two articles, one on the environment and the other on health, are deeply linked and in synergy with the new institution of “ombudsman for nature”, they shape the way in which the text protects health with regard to the climate and ecological crisis.

Why does it matter that the Constitution protects health explicitly in these ways?

We know that the mere fact of guaranteeing rights and writing aspirations in a constitution does not materialize them immediately, but the constitutional text, as the supreme law, becomes a compass that indicates a path to follow. The proposed text explicitly states that it is a duty to guarantee health,  not only thought of as healthcare services but also as the environmental and social conditions that move health in one direction or another. In this sense, it is very important that the mandate to care for and protect health is established and that health is understood in a broad and integral way, both physical and mental. Also very relevant is the fact that nature is considered a holder of rights and an institution is created to safeguard the rights of nature and protect it regardless of human presence. Through the concepts of “one health” and intergenerational justice, these provisions influence the human health of this generation and the health of the generations to follow.

What is the vision for Chile’s future that led the convention to include the protection of health in these ways?

Social rights are rights that require state actions, organization, expenditure of resources, and facing challenges that also change over time, especially in a world as changing as today, in the 21st century. In addition to the mandate to protect physical and mental health from social determinants, the explicit principle of progressivity in terms of fundamental rights is established to always move forward and never go back. I believe that it is a regulatory framework that is going to allow progress towards fairer health since a universal health system is going to be established. It will be financed by general revenues and in the event that it considers charging obligatory contributions, these will have to pool as recommended by national and international organizations. I believe we have a path towards a fairer, more equitable Chile in terms of social rights and health but with many challenges that the political and environmental crisis bring. These challenges will have to be faced with tools that we do not even have the capacity to envision because reality changes faster than our minds are capable of imagining, so we need a regime and a political and economic system that allows sufficient flexibility to be able to adapt to the social and environmental demands that will be more and more frequent.

The Chilean constitutional process is both hugely important to the future health and wellbeing of the Chilean people, and also, a globally relevant example of system transformation in action, and of one approach to setting a jurisdiction on a course for a just and healthy future. Read GCHA’s brief “A New Chilean Constitution: Key Principles for Addressing Health and Climate Change.