Most of us in Europe think we’re safe from dangerous tropical diseases – at least, unless we’re on holiday.

But climate change means that several such health threats may already be on our doorstep.

What does climate change mean for the spread of infectious diseases in Europe?  Many climatic factors – including both temperature and rainfall – are highly interlinked with changes in the lifecycle, distribution and abundance of mosquitoes.  There is even evidence that temperature affects their biting rate. Mosquito-borne diseases are responsible for almost 30% of all emerging infectious diseases, and are concentrated in low-and middle income countries. Examples include malaria, yellow fever, dengue fever, chikungunya, West Nile, Japanese encephalitis, elephantiasis and many more.

The impact of warming, combined with changes in rainfall, affects the epidemiology (ie. how many people are affected, and where) of numerous diseases such as leishmaniasis, dengue fever and chikungunya fever. Today the vectors, or carriers, of many of these diseases, have already been detected on the European continent – and with climate change this trend is expected to continue.

Leishmaniasis is a disease caused by protozoan parasites, which are transmitted by the Phlebotomine sandfly. Six countries (Bangladesh, Brazil, Ethiopia, India, South Sudan and Sudan) report most visceral leishmaniasis cases, with 310 million people at risk. The disease often affects the most vulnerable groups in society: people with poor housing, who are malnourished and/or displaced, and may have been forced to migrate to areas with transmission of leishmaniasis. This compounds the impact of climate change on the disease itself, since climate change can also worsen poverty and lead to displacement.

As a result of climate change, the sandflies which carry leishmaniasis are spreading to new areas.  The sandflies require a yearly average temperature of 10°C or more; which has been the case in Germany in the last decade, but was not previously the case.  As a result, there have been eleven cases of leishmaniasis in Germany, since 1991, affecting both animals and humans.

In order to model the spread of sandflies further north – to Central Europe – realistically, multiple factors like landscape features (eg. valleys, grassland, forests) and changes in climatic suitability have to be taken into account. According to studies that use such comprehensive approaches, “climate [in Central Europe] will become increasingly suitable for sandflies”. However, they will not “be able to occupy their climatically suitable habitats entirely, due to their limited natural dispersal ability”.

Dengue fever in Croatia in September 2010

Dengue hemorrhagic fever is a viral disease characterized by fever, together with symptoms such as joint and muscle pain, rash and mild bleeding, It is transmitted by the mosquitoes Aedes aegypti and Aedes albopictus.  The latter was first recorded in Croatia for the first time in 2004; however, a few years later monitoring showed that Ae. albopictus has already permanently established itself in the coastal part of the country.

In September 2010, the first dengue virus infection was reported in France; soon after this, a German tourist on holiday in Croatia was also infected. Further investigations in Croatia found that nine healthy inhabitants had IgG antibodies against dengue, indicating a past infection with the virus; further research revealed that even more individuals had been exposed.

The health authorities in Croatia alerted health practitioners around the country to the presence of the disease and applied mosquito control measures in order to prevent further establishment.

Chikungunya fever is a viral disease transmitted by the Aedes spp. mosquitoes and, although usually the disease is mild and self-limiting, patients sometimes present with some combination of high fever, joint pain and macular rash.

Usually, most cases in central Europe are imported from endemic areas, such as parts of South-East Asia and the Indian sub-continent. However, in September 2007, 166 cases were reported to the health authorities in Ravenna, Italy, which fulfilled the case-definition of chikungunya infection. This was the first chikungunya fever outbreak in Europe, but there is some reason for concern since Aedes albopictus (tiger mosquito), the main vector in this outbreak, is present in several European countries.

In response, the Italian authorities implemented an active surveillance system with both GPs and hospital emergency units in the whole region, suspended blood, organ and tissue donation and used insecticides in public as well as in private areas (where there had been confirmed or suspected cases). The European Centre for Disease Prevention and Control also released fact sheets, as well as recommendations for visitors travelling to/coming back from areas with chikungunya transmission.

How does this relate to climate change?

The viruses that cause both chikungunya and dengue fever have already been transmitted in Europe by Aedes mosquitoes. It has also been shown that the countries in south of Europe provide all the climatic conditions for the vector’s survival and also the transmission of the virus in the summer months.  This is particularly worrying in the context of climate change since, as work by Tilston and colleagues has pointed out, the population in Europe has not previously been exposed to these viruses and lacks herd immunity, so is hence susceptible to the virus.

In a warm summer, it is very likely that the area of transmission expands further north. In several European countries, Aedes albopictus can overwinter due to suitable climatic conditions. For viral transmission, though, the temperature would be too low. However, if the worst projections outlined by the IPCC – and the many scientific studies its conclusions are based on – become a reality, several infections diseases might spread much further to the north. With a temperature increase of 2-4°C, diseases like dengue, Chikungunya and others could well become a reality in Central and Northern Europe.

The recent Global Cliamte and Health Alliance – of which the IFMSA is part – have recently release a report and film explaining some of the Intergovernmental Panel on Climate Change (IPCC)’s findings and what they mean for health.  The evidence is now clear that humans have a significant influence on climate change, which in turn affects our health.

What can you do?

In recent years, the impact on health has been underestimated – but the evidence is mounting that it could be more devastating and progress faster than initially thought, especially if we fail to respond in time. It is time to act – and fast.

Christian Gatterer is a 4th year medical student at the Copenhagen University, Denmark and at the Medical University of Innsbruck, Austria. Currently, he is the National Officer of Public Health in Austria (AMSA) part of the International Federation of Medical Students’ Associations (IFMSA). 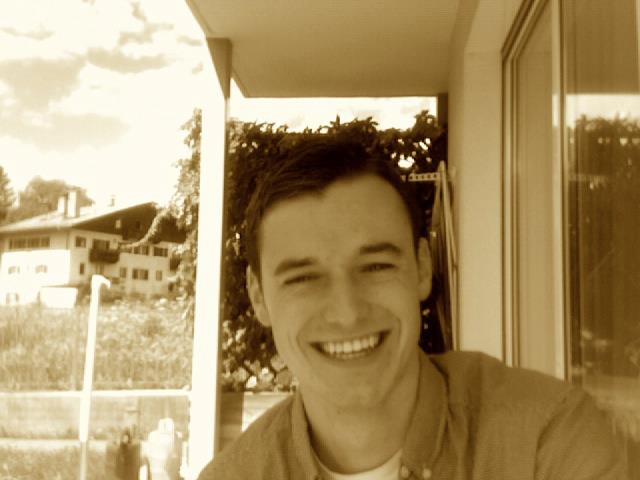